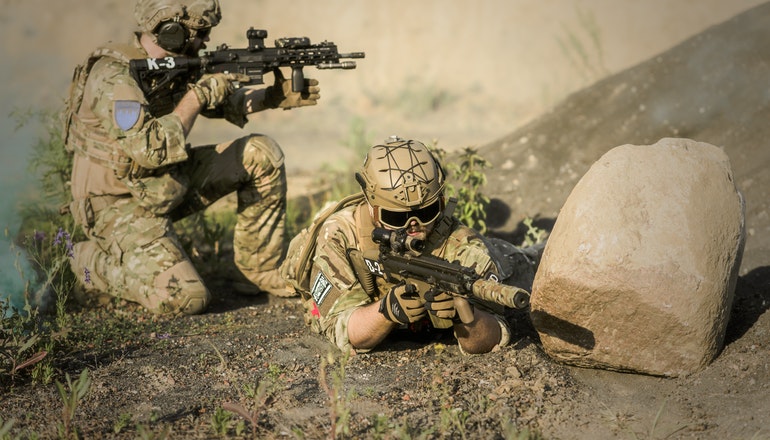 As science and technical revolution progress, military science is in a constant process of developing in order to keep up. Since this science focuses on military processes and institutions as well as warfare, it analyzes tactical elements and identifies factors and components from multiple disciplines: politics, economy, psychology, sociology, and technology.

It consists of theory, method, and application in order to grow military capability while fitting the national defense policy, so it increases the chances of victorious outcomes both during peace and war.

Modern science causes an intensive change of perception leading to the appearance of new directions and disciplines which apply to military science as well. As an ever-changing domain, it is developed by drawing conclusions from historical experiences by thoroughly analyzing them and coming up with the best practices as well as predictions for the future.

Since the best practices are drawn from the past and the technological field grows faster than any other field could, one needs to constantly pay attention to both the past and the future in order to master military science.

Its very first elements were conceived forasmuch as the ancient times, during the period of the slaveholding society in zones like Egypt, Rome, and China, when leaders answered questions related to organization, strategy, tactics or geographical conditions and drew conclusions that would favor their experience in battles. Since then, it has continued to develop and was established as a science during the Middle Ages as some historical experience was accumulated, the art of war became more complex, and weapons improved.

A dramatic change occurred in the ‘50s when a broad range of problems was created by the appearance of nuclear weapons. New weapons, like the past predicted, were to change the predictions of military science once again. This time, however, psychological preparation of soldiers and officers was also taken into consideration, as methods of propaganda and counter-propaganda have developed.

This science is evidently not evolving harmoniously all over the world, as in the second half of the 20th century it has been exclusively developed in the great capitalist powers, like the US and Great Britain. Nonetheless, since the future is still explosive in its unpredictability and past experience taught the society to be prepared, it forces our society to take into consideration any role and significance of sociopolitical, psychological, economical, and technological factors.

Our international journal provides insight of how this field grows along with other disciplines, especially with the recent technological advancement. To be prepared is to be informed and constantly aware and adapted to the new conditions.